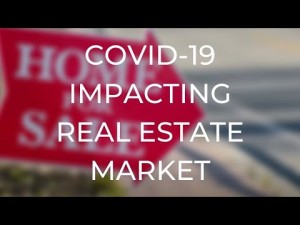 At this point in time, we are not sure what the COVID-19 is going to do to the volume of real estate deals. Right now, we are busy; however, with many people wisely following the government orders to stay at home, self-distance and so much of the economy has shut down, we expect to see a market slowdown as a result of the Pandemic.

Unfortunately, many people bought firm just a month ago, because that was the days of no conditions. Now Buyers find themselves in the predicament of not being able to sell their existing home in a COVID-19 market, without the ability to show their homes. New Buyers are obviously very nervous to commit to purchasing homes in these uncertain times.

So, what happens if people do not complete these purchases because they cannot sell their existing home?

Well, there is no general principle of law to my knowledge that would apply to a Pandemic. In this situation, what would govern would be a matter of contract, and the terms of the Agreement of Purchase and Sale would govern the situation. Unless Time is of the Essence is waived, the Buyer would be in breach of the Agreement of Purchase and Sale and would have to close, since no law suspends private contract time periods.

Then there is the question of whether Force Majeure would give the Buyer an out of the contract. Unfortunately, Force Majeure is a matter of contract and is not found in residential Agreements of Purchase and Sale, so would not be applicable to residential deals. It also does not appear to apply to a Pandemic, since no mention is made of it when it has been part of a contract.

The third option would be a claim that the Agreement of Purchase and Sale is frustrated because it can not be performed through no fault of the Buyer. This would be an equitable remedy. However, delay or drop in value, or economic loss, or failure to sell would not be considered conditions which would enable a claim for frustration of the Agreement of Purchase and Sale.

The courts we expect will not take kindly to parties that take advantage of legal technicalities in these trying COVID-19 times. It is important that we all act responsibly and fairly. However, the Pandemic, is not going to get buyers out of their Agreements of Purchase and Sale.

We have experienced problems recently with agents not using the proper form for the condominium POTL sales and purchasing nor using the proper terms. The Agreement does not mention the condominium corporation at all.Â  Some Agreements refer to monthly fees without stating what they are for, while some agents do not think that they need to refer to the review of the Status Certificate and make the transaction conditional on lawyer review.Â  All of the above can prove fatal to the transactions and to the agent.

A few closings were delayed because the purchaser refused to close unless the seller paid the condominium fees for 5 years due to the failure to disclose there was a condominium corporation fee. Therefore, it is imperative that there be full disclosure of the status of the property and any condo fees, to ensure that agents are not having to reach into their own pockets.Â  The deal only closed when the agents agreed to pay the condominium fees for the next 5 years.

Purchaserâ€™s agents must provide for the review of the status certificate on these condos as well.Â  Failure to do so could result in the purchaser being saddled with unpaid condominium fees, pending special assessments, or possible lawsuit costs pending against the corporation.Â  The agent would be negligent for not making the offer conditional on review by the Purchaserâ€™s lawyer – obviously a lawyer not obtaining the Status Certificate would also be negligent.

So be sure you get all the facts on the property you are selling and buying, because many properties are now being developed as Common Element Condominiums (POTL) and sellers do not always appreciate what they are selling. The sellers naturally blame their agents when these problems arise. 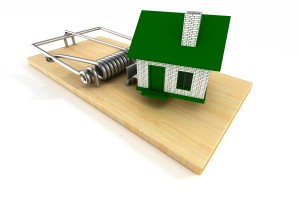